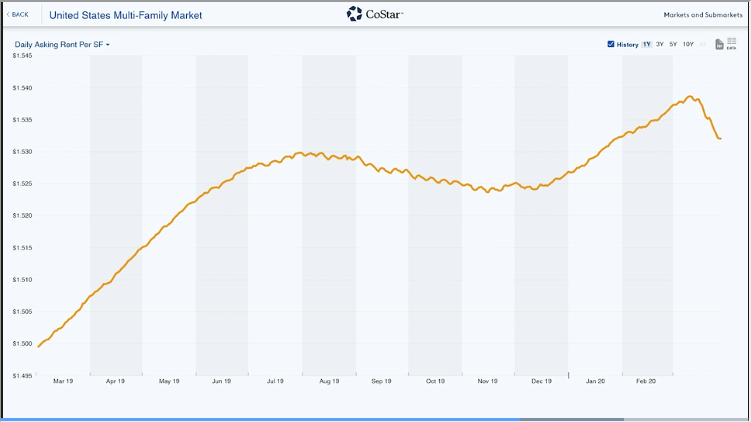 As the coronavirus shuts down more of the country, apartment owners are showing they are loath to sell.

Multifamily listings are at their lowest level in a decade, according to CoStar data.

Only about 17,000 units of rentals hit the selling block in the past month, said John Affleck, CoStar’s vice president of market analytics, in a new video. That’s the fewest in 10 years and nearly half the 27,000 units on the market CoStar tracked in March a year ago.

The number of properties up for grabs is down, too. Last March, 1,130 properties were on the block. Now, there are only 771.

“In the capital markets, signs of a shutdown in transactions are becoming clear. The number of units going on the market in March 2020 stands at just over 17,000, among the lowest readings since 2010, and the lowest March reading in a decade. We’ll be keeping a close eye on sale listings, as well as deal volume,” Affleck said.

The latest apartment market update also reiterates CoStar’s prediction that vacancy rates will soar as job losses fuel a drop in demand. The coronavirus’ effect is running headlong into a development glut.

“With almost 500,000 units scheduled to deliver … vacancies will likely soar above 9%, the highest level on record, based on our current severe downside scenario. We expect many developers will delay opening, some indefinitely as financing complications and health concerns shutter projects. Those that do open will compete for a depleted and price-conscious renter pool. Search data from apartments.com shows an uptick in searches for two- and three-bedroom units, an early sign that renters are seeking to double-up,” Affleck said. 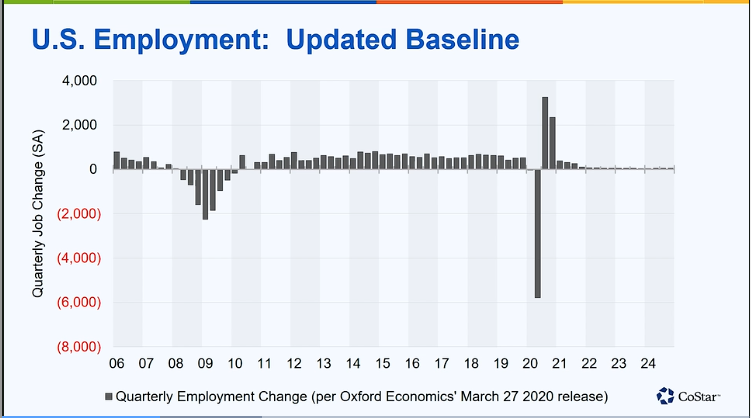 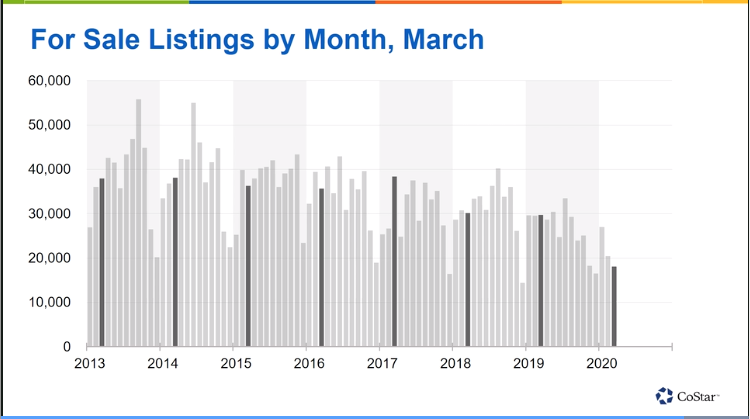 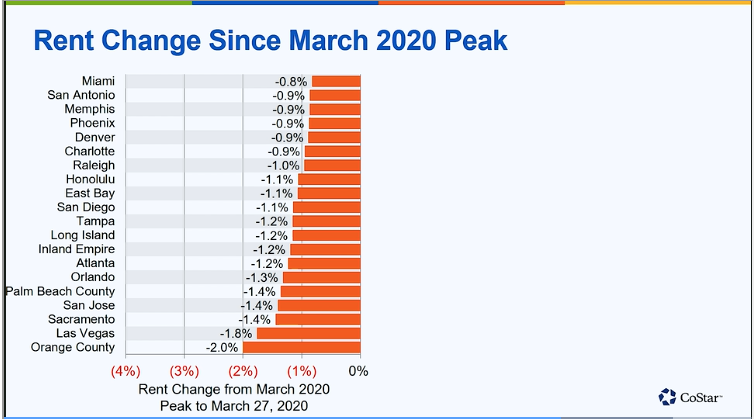 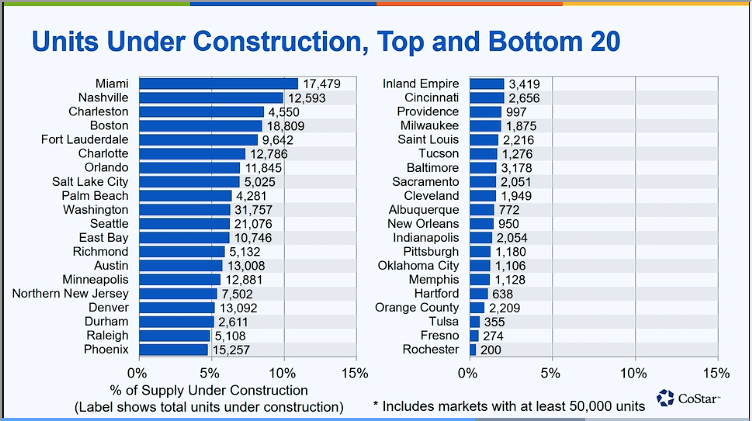 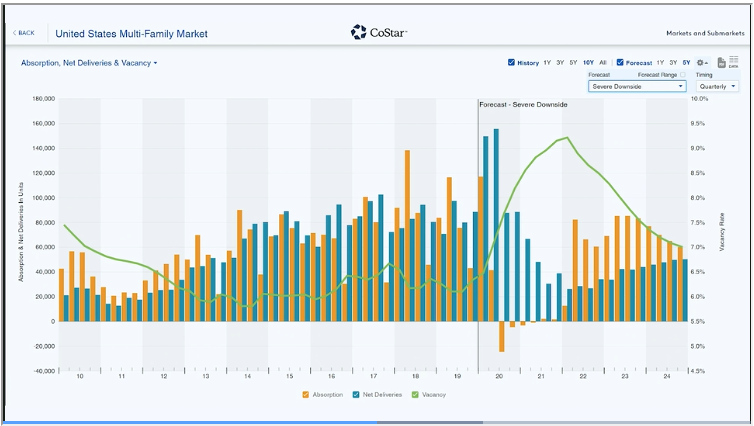 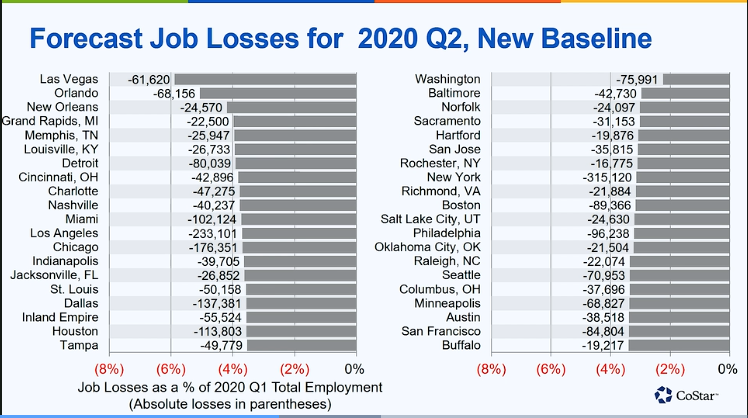